The much anticipated day had finally arrived, and we were ready to kick off our honeymoon. Since Australia was the #1 destination we wanted to include in our trip, I had booked it early on (close to T-330) using 80,000 United miles each. I knew that award bookings to Australia are among the toughest to get and didn’t want to miss out on having at least something. In the mean time, I began to explore more exotic routings via Asia with the hopes of flying some combination of SQ/CX/TG/KE/NH F, but as soon as my wife realized that I was thinking about purposefully adding connections, she put her foot down and that was the end of that. Note to self: next time leave out the fact that there’s a direct flight option, even though I’m not sure I could keep a straight face when telling her that SFO-HKG-BKK-SYD is the fastest way to get to Australia

So in the end, the choices were pretty limited since I was only looking at direct flights, and with the lack of Qantas F space, we stuck to the original plan of flying United. Our flight out of SFO was scheduled for a 10:30pm departure, which was actually perfect since it allowed us to squeeze in an extra day of work before leaving, and the redeye would let us get a full night of sleep before arriving in Sydney at 7am.

We arrived at the airport around 8:30pm and check-in was a breeze. Even though we would be gone for 3 weeks we had managed to squeeze everything into a carry-on each and opted to not check our bags. This actually turned out to be the only flight where we were allowed to carry-on, so looking back we probably should just have brought the big suitcases. Security was still light at this time of day since the flights to Asia weren’t departing until later, and within a few minutes we were all settled in at the United Global First Lounge. I had visited the lounge earlier in the year and knew what to expect, but did find the lounge much less crowded this time around. The food offerings looked like they had been sitting around since mid-day so I grazed sparingly, also knowing that we’d have a full meal in just a couple hours.

Around 10pm we headed to our departure gate and boarded the plane and took our seats 1A and 1K. Even though these two seats aren’t adjacent, I think that these are the best seats for those traveling with a companion, as the middle seats don’t offer much privacy. 1A and 1K feel very private since they’re in the front and were definitely close enough together to still be able to carry a conversation.

This was my 2nd flight in United Global First and similar to my NRT-SFO flight earlier this year, the service, food, and overall experience were all very good and exceeded my expectations. Even though the First Class cabin was full, we still received extremely attentive service throughout. The dinner was actually quite good with the entrees being a highlight (my wife’s pork chop was honestly the biggest I’ve ever seen), and of course you can’t go wrong with an ice cream sundae. Turn down service was proactively offered (wasn’t on my NRT-SFO flight) and aside from a relatively heavy snorer seated behind me, I slept pretty comfortably and with the help of a Benadryl was able to doze off for a good 7-8 hours, leaving me feeling nice and refreshed by the time we landed in Sydney.

Overall, a very pleasant flight with United. Ironically, I had been much more excited about our British Airways F flight that we’d be taking on the way home, which I would later discover would be a complete letdown. The United flight was hands down better in all aspects, but more to come on that later 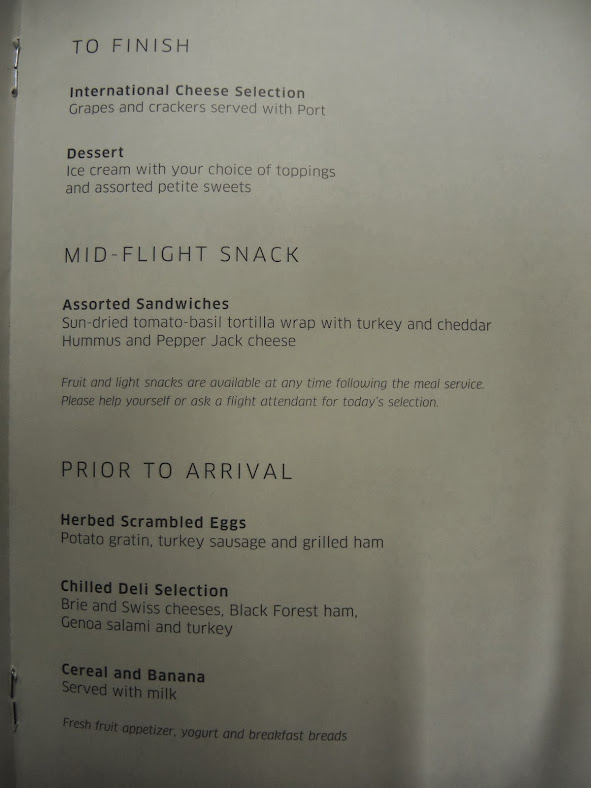