In total we spent three nights in Sydney (2 then 1) which were broken up by our three night road trip to the Blue Mountains. Overall, we absolutely loved Sydney and it was the first international destination we’ve traveled to that we really felt we could see ourselves packing up and moving to in the future. A few of the biggest draws for us were the natural beauty of the city (especially the harbor), the diversity, and the food!

After landing in Sydney we hopped in a taxi and arrived at the Hilton Sydney around 9:30am. Our room wasn’t ready yet, which is understandable, and we were told to come back around noon. The hotel is located in the middle of the Central Business District (CBD) which as the name suggests is central to everything. In fact, we didn’t have to take any form of transportation during the three days we were in the city and were able to walk everywhere.

While we were waiting for our room, we headed down the street to the Westfield shopping center which was a great place to kill a couple hours. We walked around the shops and went to the food court on the top floor which is definitely one of the best food court we’ve ever seen in our lives. There are international food options from all around the world – Japanese, Mexican, Italian, Indian, Australian, you name it. There were so many good options that it was hard to choose, but we finally settled on some hearty, authentic Australian food for our first meal. 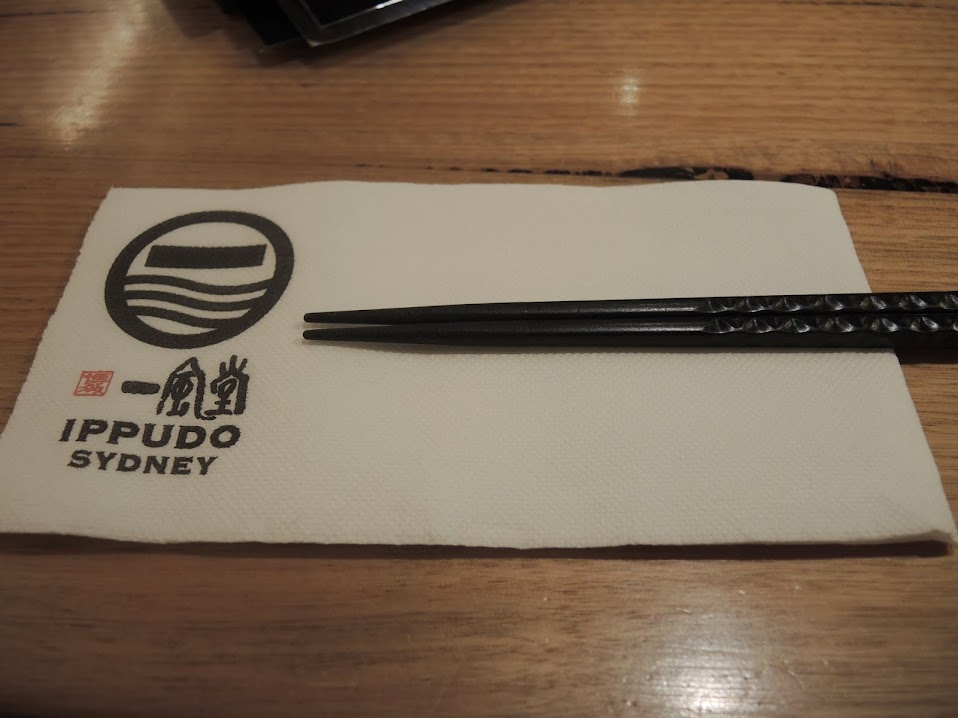 All our favorite restaurants in one place 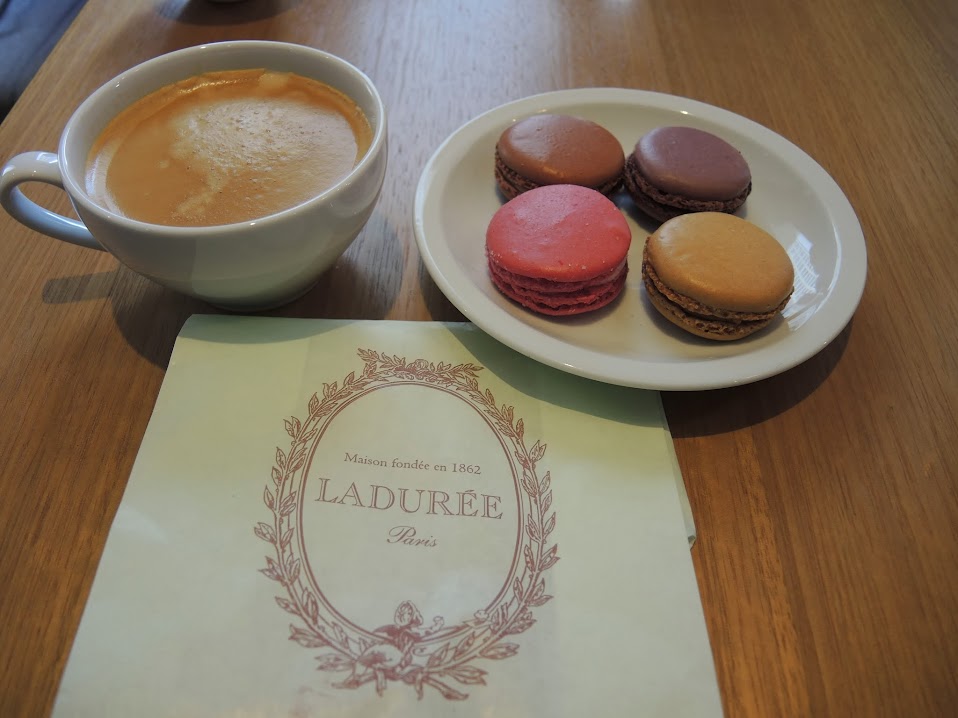 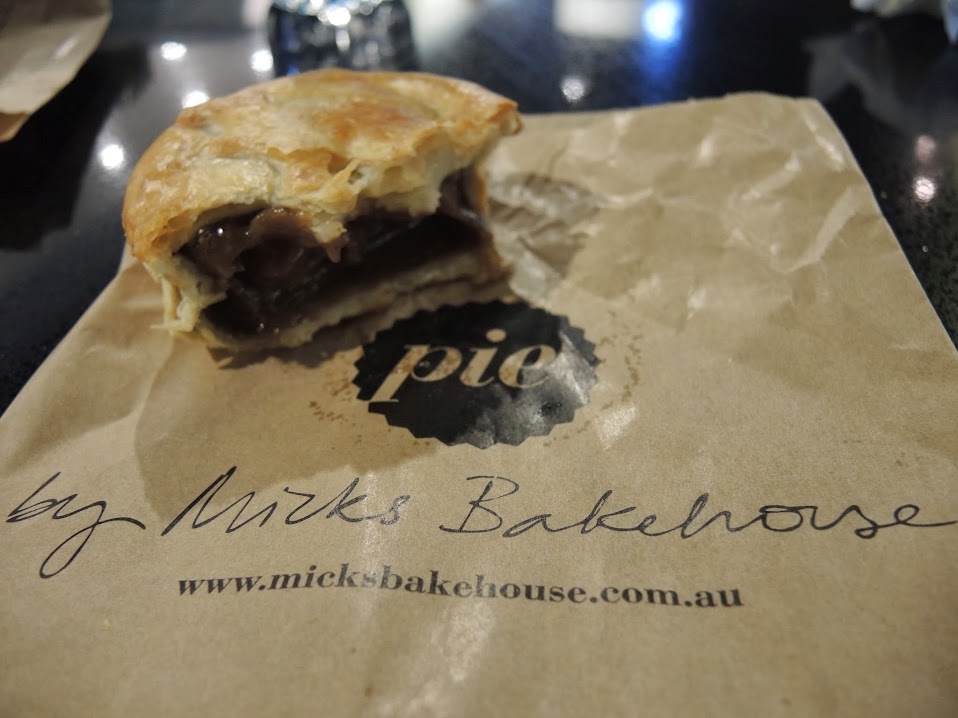 We came back to the hotel around 11:30am and our room was ready and we had been upgraded to an executive room on the 39th floor. We found that the executive lounge on floor 36 was a great place to relax throughout the day as the rooms were on the smaller size, and felt a bit claustrophobic for two people. We ate breakfast at Glass restaurant downstairs where a complimentary breakfast buffet was offered, but had afternoon tea and evening canapes in the lounge. The canapes were quite good, but the lounge definitely got crowded around that time.

There is also a full gym downstairs operated by a 3rd party with great facilities and group class offerings. We walked through did not utilize the gym as we were too busy eating. They do have a full locker room (steam/shower/sauna) and we were offered access prior to our room being ready in case we wanted to freshen up. Lastly, a couple tips for those that are planning to drive – driving through the CBD even at off hours can be quite congested, so plan ahead accordingly. Also, parking at the hotel is $$$ ($50 AUD if I recall correctly for self park, $60 for valet) so be prepared, or scout out alternative options nearby. 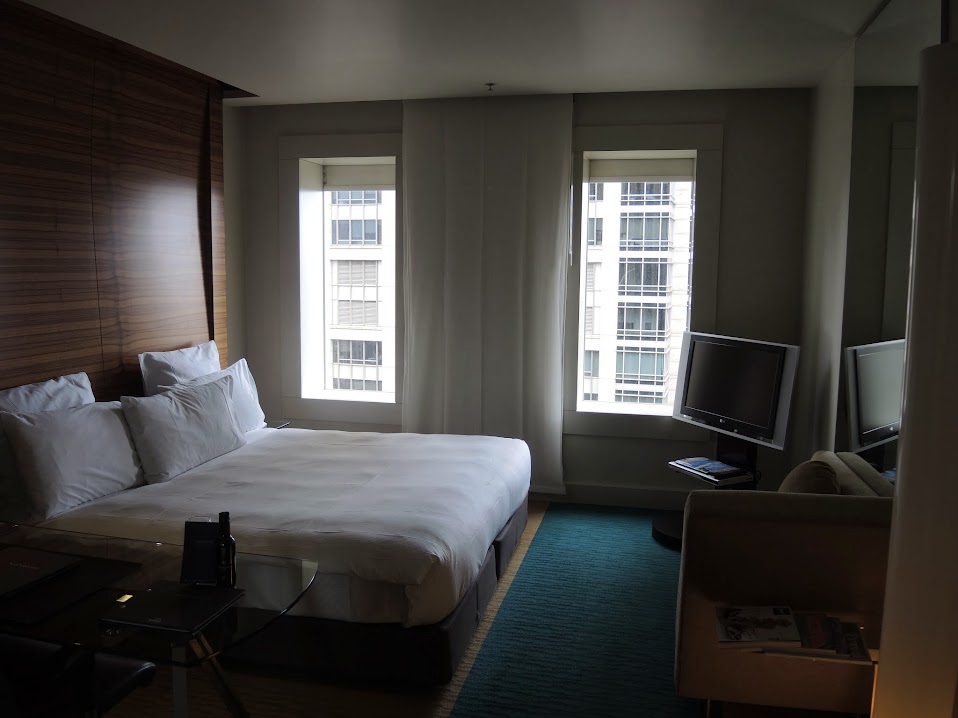 View from the 39th floor

Sampling from the breakfast buffet at Glass

During our three days in Sydney we had a great chance to explore the city, and most importantly to eat everything in sight. It was interesting how many cafes/coffee shops and food courts were around, I don’t think we were ever more than 50ft. from being able to find a pastry. As luck would have it, the only downside was the weather which wasn’t cooperating at all. It was mostly rainy and cloudy during our visit and we had to bust out the rain jackets and umbrellas while walking around. To add insult to injury, I can’t even recall how many times we heard locals mention that “we haven’t seen rain like this in months”.

We were still determined to make the most of our time, and for the most part the weather wasn’t too unbearable to still walk around everywhere. On the first day we walked over to the Sydney Harbor Bridge and Opera House and also visited the Rocks markets. We wanted to do the bridge climb but spending 3.5 hours in the wind and rain scared us off and instead we ended up doing the Skybridge walk at the Sydney Eye which was a must more abbreviated and economical excursion.

View of the Hilton from the Sydney Eye 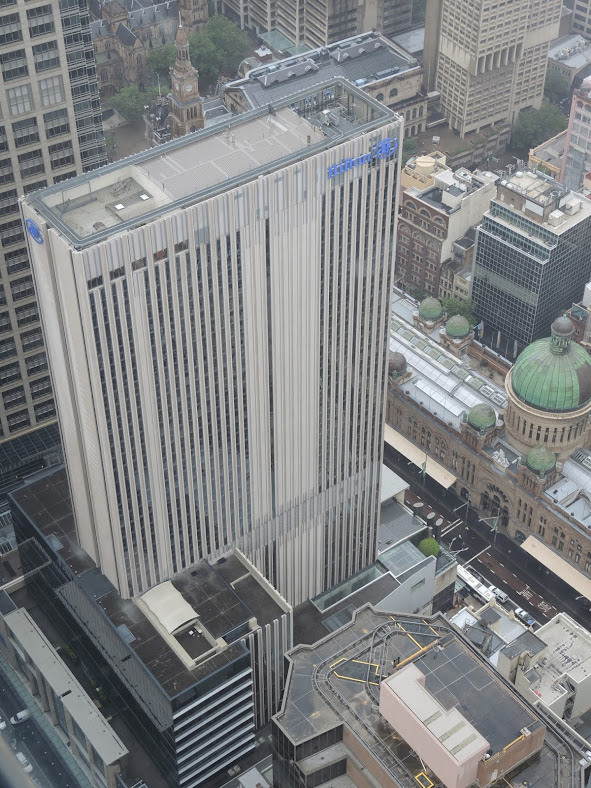 Delicious bakery in the Rocks area 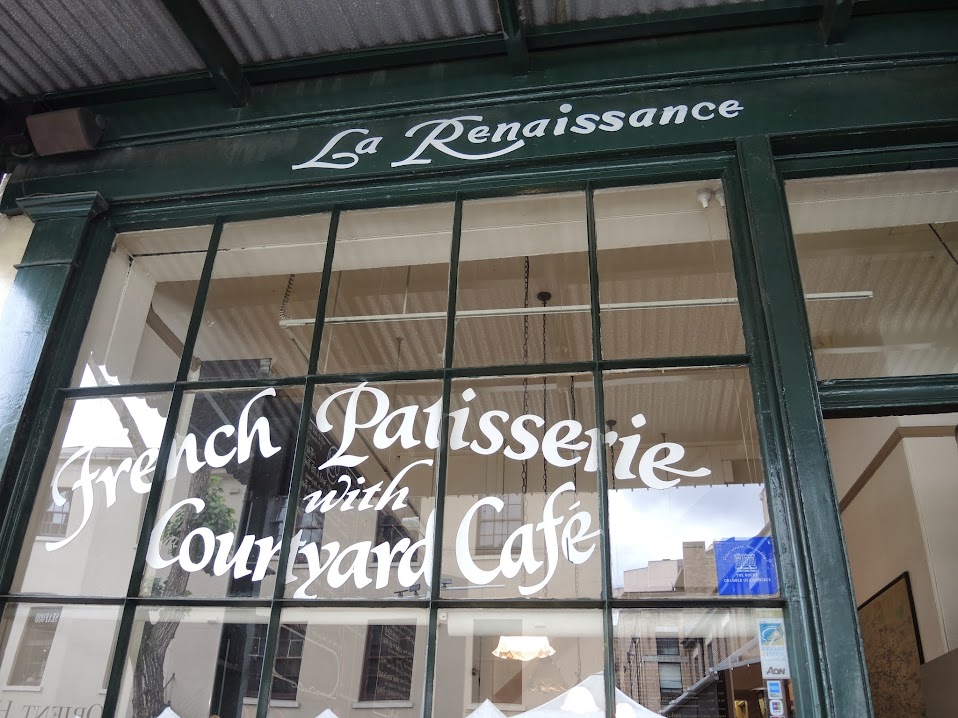 The next day we just walked and walked around the city. Across the street from the hotel is the Queen Victoria Building which had some cool shops and things to see. We also went over to Darling Harbor and ventured over to the Sydney fish market for some amazingly fresh oysters and sashimi. It’s definitely worth it, but make sure you go early as we snuck in right before closing around 3pm. We also made our way over to Chinatown where we ate at one our favorites (Din Tai Fung), tried one of Harry’s meat pies (Tiger style of course!) and also stopped by Mamak for some roti. 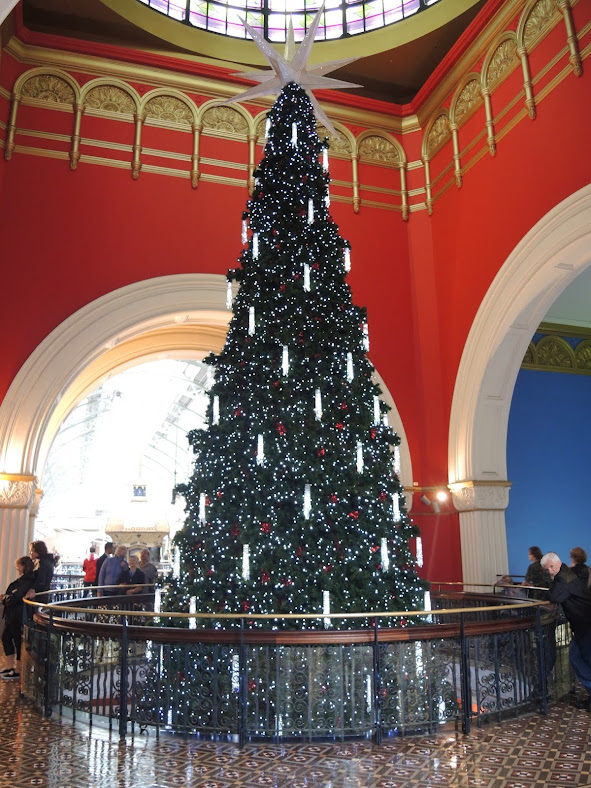 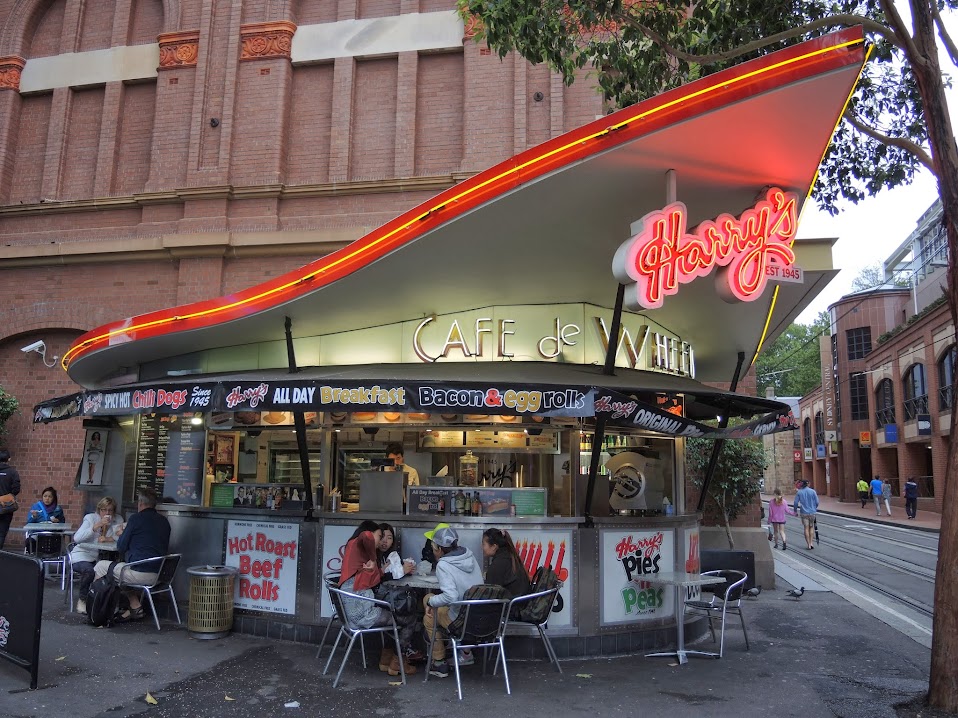 On our way back from the Blue Mountains we still had the rental car for another day and decided to stop by Bondi Beach. To be honest, we weren’t that impressed with the area and only stayed for 30 minutes or so. Perhaps part of the reason was that I was anxious to leave so that we could head over to Surrey Hills and line up for Porteno which we had been dying to try ever since seeing it on Anthony Bourdain’s show, and boy was it worth it. We lined up about 20 minutes before the restaurant opened and were one of the first to get seated without having to wait. After that, the next hour was spent in meat heaven as both the pork and steak dishes we ordered were amazing, and the sides were great as well. This is a must try for all my fellow carnivores out there. 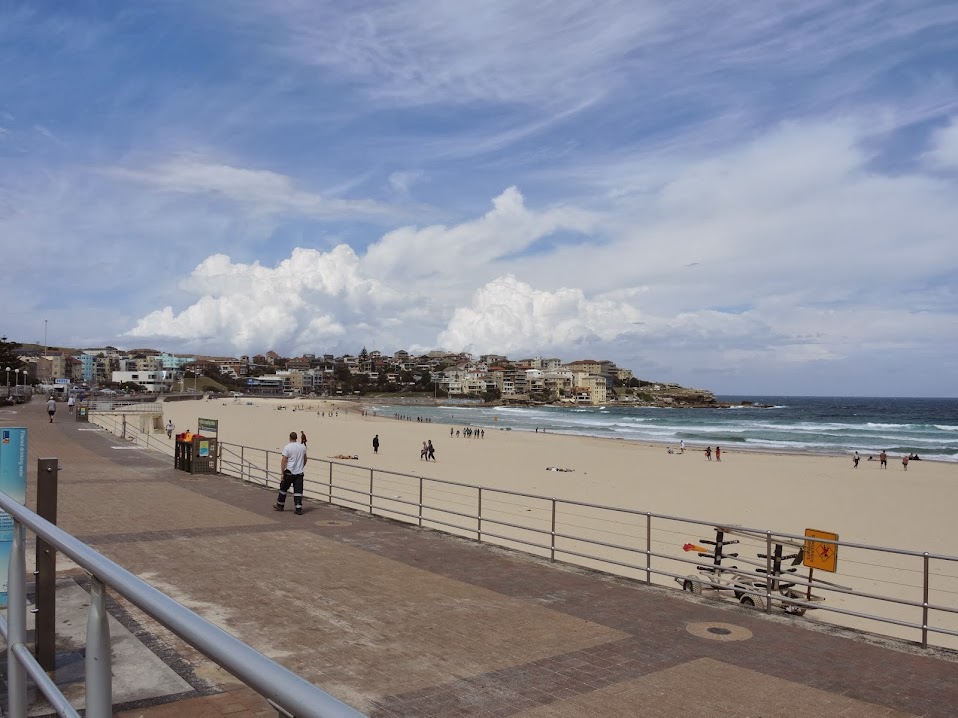 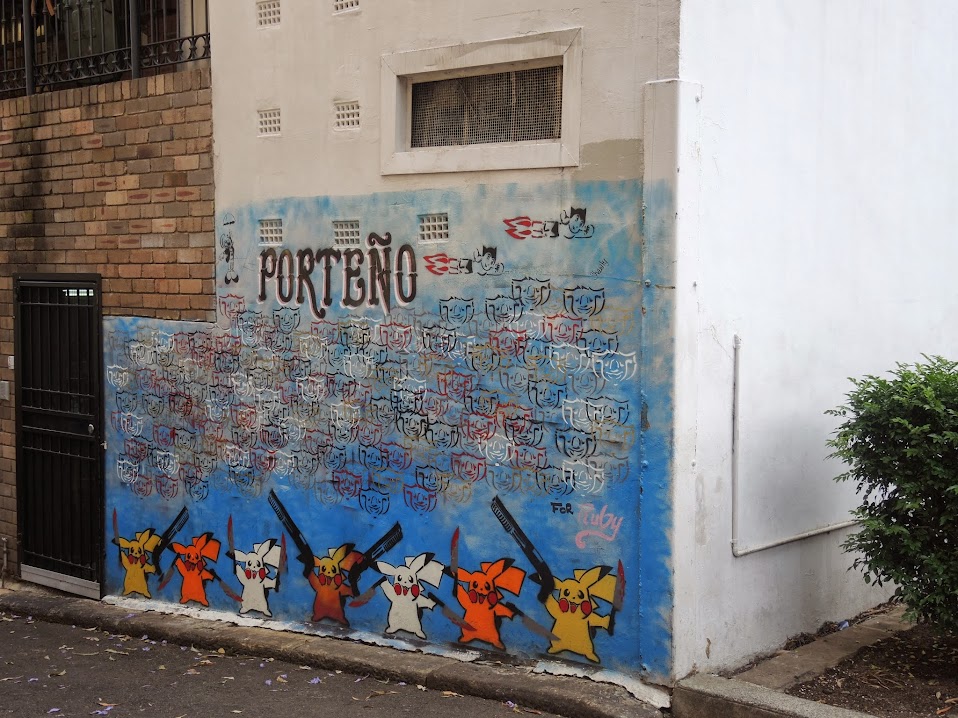 Learning about all the different cuts of meat